Tickets for the Featured Productions are $5 general admission or FREE for OU Students (with valid student ID) through Arts for Ohio; available at the Templeton–Blackburn Alumni Memorial Auditorium box office.

Life is looking sunny for 17-year-old Carly—well, except for the fights with her mom. Her BFF Mike E and his cool mom just moved in with them. The fandom website she made for her celebrity crush is blowing up. And the mysterious fan she’s been talking to online just might be the object of her affections. The one catch – her crush is a serial killer, and his murders are getting closer to her home. Sunny Days explores the gap between our online and offline selves, the cultural effects of toxic masculinity, and how far women will go to save the people they love.

Two weeks ago, Sibyl, the love of Les’ life, disappeared, and today Les’ job is to interrogate the last person to have seen her alive. Lucky, Les has a Hepatoscope, a device that allows him to plumb the depths of another person’s mind. But minds are tricky places, and, as Les begins to discover, what we call reality can be trickier still. Sibyl is a dark comedy that blurs the lines between memory, fantasy, and truth.

Stitched with a Sickle and a Hammer

Aleksandra, a political prisoner at a GULAG camp and part of the camp’s theatre troupe, is forced to aid Soviet authorities disguise the existence of the camp in front of a visiting American delegation. She prepares for two roles: the character on stage – Nina from Chekhov’s The Seagull – and the role of an actor who isn’t imprisoned. In the face of totalitarian power, inside and outside the camp, Aleksandra must decide whether to comply with the regime that has taken away her freedom or commit an act of counterrevolution.

Staged readings are free and open to the public.

Following the death of their 17-year-old daughter Lucy in a mass high school shooting, friendly exes Margot and Colin find themselves at a moral impasse. Though deeply reliant on each other during the grieving process, Colin’s position as a Republican U.S. Senator makes it difficult for Margot and the rest of the family to reconcile the root of their grief with his continued support of the NRA. As they navigate the intimacies of their reforged relationship and rebuild themselves as a family, it may in fact be Lucy who decides their fate.

In 1956, recently certified mortician Vivienne Greene is next in line to inherit the Jackson and Sons Funeral Home from her Uncle Zeke. Before she can take over, Vivienne is presented with one more test mortuary school never prepared her for: after a young boy is brutally attacked, Vivienne must smuggle him out of their small Georgia town before he is found by a local mob. Fearful of losing the funeral home and her own life, Vivienne must look to her past to find that death may be a second chance at life.

What does it mean to be mute? When an African American teenager, Rocky Carter, protects the only thing God has left for him, he goes from almost graduating high school to Dunbar, a super-max. On his birthday, with the help of St. Peter, the oldest security guard in Dunbar, Rocky must earn his birthday present in order to see the love of his life again. Through the process of listening and taking action, Rocky learns that being mute doesn’t mean you’re silent.

The Evolution of Rattlesnakes

Rattlesnakes are evolving to lose their rattles. Man has spent so long wiping out the ones that make noise, it’s become a better defense mechanism to remain silent. Denni Erwine is arrested for the murder of the Drybrook County Sheriff. According to their statements, she only struck back against the Sheriff in defense of her neighbor, Louisa Trelawney, but there is more coiled up in the case than either woman is willing to say. To prevent it from striking more than once, is there only one way to deal with a venomous snake?

‘Twas the week before Christmas, and all through the cabin,
Barbara was asking, “What exactly will happen?”
Her husband was giving his life up to Claus,
But Barbara was left there without any cause
Then what in her is’lated world did appear?
The son she gave up in a moment of fear!
He’s handsome and famous, and possibly could
Whisk Babs away to old Hollywood
But hubby is slavish to the plan that they made,
“You must be devoted to Santa’s crusade!”
Will Barbara decide that her son’s the solution
Or will she stay true to the revolution?

To Saints and Stars

10-all astronauts prepare for launch… 9-months and Zoe will be a mother… 8-years old, a promise we never wanted to break… 7-months, my one way ticket to Mars… 6-million hours staring up at the stars… 5-seconds left until launch… 4- years old when we first met… 3- decades of friendship and love… 2-peas in a pod until… 1-mission liftoff

In To Saints and Stars, Sofía’s life flashes before her eyes. In the face of almost certain death on the first manned mission to Mars, Sofía re-examines her lifelong friendship with Zoe and the age old conflict between science and faith.

Each April, three nationally recognized, industry professional guest artists are invited to be in residence for the Seabury Quinn, Jr. Playwrights’ Festival to respond to the MFA plays and work with the MFA playwrights.

We are pleased to announce the guest artists joining us for the 2019 Seabury Quinn, Jr. Playwrights’ Festival: 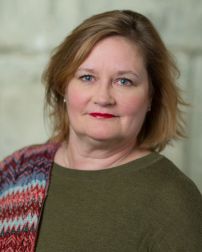 Nan Barnett is a new play developer, producer, and advocate, and is the Executive Director of National New Play Network, an alliance of more than 120 professional theaters that collaborate in innovative ways to develop, produce, and extend the life of new plays and model a robust, equitable, and inclusive new play ecosystem. During her previous tenures as a member of the Network’s Board, Executive Committee, and President she helped create and implement several of the organization’s revolutionary initiatives, including the acclaimed NNPN Rolling World Premiere, Residency, and National Directors Fellows programs, Nan has led the organization through the development and launch of its field-altering database, the New Play Exchange, now home to more than 25,000 plays by living writers, and its recent planning process which will dramatically evolve its governance structure to accelerate its diversification. Prior to joining NNPN full-time Nan was a founding company member and the long-time Managing Director of Florida Stage, the nation’s largest regional theater producing exclusively new and developing plays and musicals, where during 24 seasons she oversaw the development and production of hundreds of new plays and musicals for both emerging and veteran playwrights. She was a member of DC’s inaugural Helen Hayes Awards’ New Play Panel is on the Artistic Councils of O’Neill Theater Center and PlayPenn and was inducted into the National Theatre Conference in 2017. Nan was also the Coordinating Producer for the 2015 and 2018 iterations of the Women’s Voices Theater Festival in the nation’s capital region, where NNPN is based. 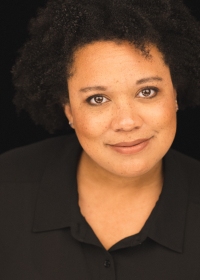 Martine Kei Green-Rogers is an Assistant Professor at SUNY: New Paltz, a freelance dramaturg, and the President of the Literary Managers and Dramaturgs of the Americas. Her dramaturgical credits include: The Greatest with the Louisville Orchestra, Fences and One Man, Two Guvnors at Pioneer Theatre Company; Clearing Bombs and Nothing Personal at Plan-B Theatre; the Classical Theatre Company’s productions of Uncle Vanya, Antigone, Candida, Ghosts, Tartuffe, and Shylock, The Jew of Venice; Sweat at the Goodman; productions of Radio Golf, Five Guys Named Moe, Blues for An Alabama Sky, Gem of the Ocean, Waiting for Godot, Iphigenia at Aulis, Seven Guitars, The Mountaintop, Home, and Porgy and Bess at the Court Theatre; The Clean House at CATCO; Hairspray, The Book of Will, Shakespeare in Love, UniSon, Hannah and the Dread Gazebo, Comedy of Errors, To Kill A Mockingbird, The African Company Presents Richard III, A Midsummer Night’s Dream; and Fences at the Oregon Shakespeare Festival; 10 Perfect and The Curious Walk of the Salamander as part of the 2006 and 2007 Madison Repertory Theatre’s New Play Festival; and A Thousand Words as part of the 2008 WI Wrights New Play Festival. She also works with the Great Plains Theatre Conference and is affiliated with NNPN. 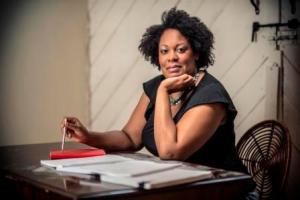