Here’s what’s up with a few recent graduates of the OHIO MFA Playwriting Program. 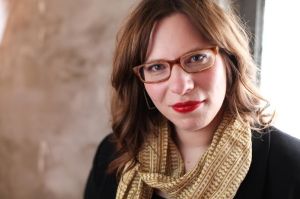 She received her BA from Yale University, and earned an MFA in Playwriting from Ohio University. Founding member, The Kilroys. 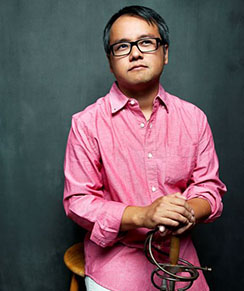 Qui Nguyen is a playwright, TV/Film writer, and Co-Founder of the OBIE Award-winning Vampire Cowboys of NYC. His work, known for its innovative use of pop-culture, stage violence, puppetry, and multimedia, has been lauded as “Culturally Savvy Comedy” by The New York Times, “Tour de Force Theatre” by Time Out New York, and “Infectious Fun” by Variety.

For tv/film, Qui’s written for AMC, Netflix, SYFY, PBS, and Marvel Studios, where he is an alumni of the Marvel Studios Writers Program.

He is a proud member of the WGA, The Dramatists Guild, The Playwrights Center, Ensemble Studio Theatre, The Ma-Yi Writers Lab and an alumnus of New Dramatists and Youngblood.

His company, Vampire Cowboys, often credited for being the pioneers of “geek theatre”, holds the unique distinction of being the first and currently only professional theatre organization to be officially sponsored by NY Comic Con.

Bianca Sams is a Writer/Actor. In 2016 she was a staff writer on the WB/CBS TV show “Training Day” starring Bill Paxton, and she currently writes for “The Originals”, a TV show on the CW.

Bianca graduated from New York University’s Tisch School with a BFA in Acting & Dramatic Writing (TV/Film/Playwriting). She also studied acting at the Royal Academy of Dramatic Arts (RADA – London England). She has an MFA in Playwriting from Ohio University.

Her acting roles include the feature film RENT (feature), Serenity (film), Ruined (play), and In the Continuum (play). Her plays include: Rust on Bone, Summer Nights & Fireflies, Black. Irish., Simply Bess, Battle Cry, and At the Rivers End.

Aaron Carter is currently an artistic producer at Steppenwolf Theatre Company where he has served as dramaturg on such projects as The Way West by Mona Mansour and Airline Highway by Lisa D’Amour.

Previously, he served as the Literary Manager at Victory Gardens Theater where he played a key role in the IGNITION Festival and was involved in the production of The Elaborate Entrance of Chad Deity, Year Zero, Love Person and Living Green, among others.

As a new play developer and dramaturg, Aaron has worked with many theaters and labs including WordBRIDGE, the Kennedy Center, Timeline Theater, Route 66 and Chicago Dramatists.

Aaron’s play Gospel of Franklin was part of First Look 2013 at Steppenwolf, and he adapted Walter Dean Myers’ Monster for the 2016/17 Steppenwolf for Young Adults season.