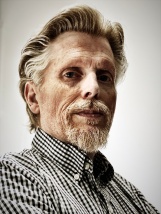 Erik’s plays have been developed at numerous regional theaters including Cleveland Public Theatre, American Stage, Victory Gardens, and Pittsburgh Irish and Classical Theatre and been published by Samuel French and Dramatic Publishing. His recent drama, Smith Unearthed, is about the surprising turn of events that boosted Joseph Smith from life as a small time con-artist to Prophet of the Mormon Church, and has been developed at the International Society of Contemporary Literature and Theatre Conference (Estonia), the Gwen Frostic National Reading Series at Western Michigan University, Brick Monkey Theater Ensemble, and Pittsburgh Irish and Classical Theater.

In 2007, Erik was named a Kennedy Center Faculty Fellow for his work as a new play development specialist; in 2010, he was appointed as Director of Innovation for WordBRIDGE Playwrights’ Laboratory after many years of new play development research. As a new play dramaturg he has worked in a variety of venues, most recently as part of Steppenwolf Theater Company’s First Look Series and The Playwrights’ Lab at Salt Lake Acting Company.

Over the past decade he has been a guest artist and taught master classes in playwriting, new play development and narrative theory in a variety of national and international venues, including the St. Petersburg Academy of Dramatic Arts “New American Plays” Conference (St. Petersburg, Russia), and Lubimovka Playwrights Laboratory at Teatr.doc in Moscow, Russia. The Art of Theatre, Erik’s series of introduction to theatre books coauthored by William Missouri Downs and Lou Anne Wright, is in use at more than 100 colleges and universities.

Kara Lee Corthron is a playwright, author, and TV writer based in Los Angeles. Her full-length plays include AliceGraceAnon (New Georges), Holly Down in Heaven (Forum Theatre, DC area), Listen for the Light (Know Theatre of Cincinnati), Welcome to Fear City (CATF and Kansas City Rep, Kilroys’ List 2016), Etched in Skin on a Sunlit Night (InterAct Theatre, Philadelphia), What Are You Worth?, and Time and a Half. Kara is the author of the young-adult novels, The Truth of Right Now from Simon & Schuster/Simon Pulse and Daughters of Jubilation from Simon & Schuster Books for Young Readers, coming in October 2020.

Kara has taught writing students of all ages at a number of places. These include Primary Stages’ Einhorn School of Performing Arts (ESPA), NYU-Playwrights Horizons Theater School, and MFA candidates at Ohio University and Temple University. Juilliard alumna, New Georges Affiliated Artist, and member of Interstate 73 (2007-2008), the Ars Nova Play Group (2010-2011), the Dramatists Guild and the Writers Guild of America. For more about Kara Lee visit http://www.karaleecorthron.com/

Aaron Carter’s writing focuses on the intersections between race and faith, and is inspired by his lifelong interest in circus, magic and sci-fi. His plays have been produced and developed at Roundabout, Steppenwolf, Victory Gardens, TimeLine, and the Lorraine Hansberry Theater, among others. His play Gospel of Franklin was in the 2019 Roundabout Underground reading series. His adaptation of the Walter Dean Myers novel Monster was produced at Steppenwolf. His latest play, Possession, uses ghost story structure to explore racial identity and legacy.

Aaron previously worked as an Artistic Producer at Steppenwolf Theater Company where he supported projects such as Pass Over by Antoinette Nwandu, and The Minutes by Tracy Letts. He’s also served as Director of New Play Development for Steppenwolf and Victory Gardens in Chicago, where he spearheaded such programs as Victory Garden’s Ignition Festival and The Mix, a list of new and under-produced plays featuring marginalized characters at their center.

Currently, Aaron writes for television — in 2019 for CBS’ The Red Line, and from 2019 to present for All Rise on CBS. 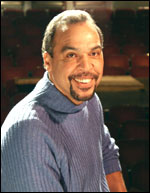 His most recent play, Objects in the Mirror, received a developmental production at Goodman Theatre in 2016 and returned as part of the 2016-17 season. (Listen to a discussion of the play on NPR’s Weekend Edition.) His play, Black Star Line, was commissioned by and also produced by Goodman.

Nine of his plays received their world premiere productions at Victory Gardens Theatre in Chicago. Three of his plays, The Gospel According to James, Sister Carrie, and Les Trois Dumas, were commissioned and produced by Indiana Repertory Theatre. Les Trois Dumas was also produced by People’s Light & Theatre, and by Independent Theatre in Adelaide, South Australia. His play Pudd’nhead Wilson, commissioned and produced by The Acting Company, enjoyed a twenty-two city national tour before being produced Off-Broadway. His plays Takunda and City of Gold enjoyed tours of the west coast.