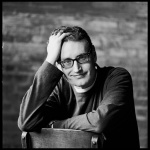 Ed Herendeen founded the Contemporary American Theater Festival in 1991.  Through his leadership the Contemporary Theater Festival has produced fourteen world premieres, commissioned seven new plays, expanded its audience from two hundred to over eleven thousand, and has gained the reputation as one of America’s most important producers of new work.  His directing credits include the following world premieres: The Ecstasy of Saint Theresa by John Olive, The Occupation by Harry Newman, Miss Golden Dreams, A Play Circle by Joyce Carol Oates, Compleat Female Stage Beauty by Jeffrey Hatcher, Carry the Tiger to the Mountain by Cherylene Lee, Octopus by Jon Klein, Psyche Was Here by Lynn Martin, What are Tuesdays Like? by Victor Bumbalo and Still Waters by Lynn Martin.  Other CATF directing credits include The Late Henry Moss by Sam Shepard, Thief River by Lee Blessing, Something in the Air, Gun-Shy, and Below the Belt by Richard Dresser, The Wather Children by Wendy MacLeod, BAFO by Tom Strelich, Lighting up the Two Year Old by Benjie Aerenson, Beti the Yeti by Jon Klein, Shooting Simone Lynne Kaufmann, Alabama Rain by Heather McCuthchen, Black by Joyce Carol Oates, and The Swan by Elizabeth Egloff.  In addtion to the CATF, Ed has worked in a variety of regional theaters including The Milwaukee Repertory, The Missouri Repertory, The Old Globe, The Lyceum Theater, and the Williamstown Theatre Festival.  Ed has also served on the 2002 admissions committee at New Dramatists, NYC and as a panelist for the NEA.

Jacquelyn Reingold writes for theatre, television, and film. For television, she wrote for season one of NBC’s SMASH (Executive Producer, Theresa Rebeck). She worked on HBO’s Peabody Award winning IN TREATMENT season two, (Executive Producer, Warren Leight), writing the “Mia” episodes for Emmy nominated Hope Davis and Gabriel Byrne. Recent plays include: I KNOW in Ensemble Studio Theatre’s One-act Marathon and UP AND DOWN for Christine Jones’ Theatre for One. Other plays include STRING FEVER at Ensemble Studio Theatre, starring Cynthia Nixon and Evan Handler, also produced at Playhouse West in California, and in Washington DC at Theatre J. She wrote an episode of the serialized play, CEDAR CITY FALLS in 2010, created and produced by Liz Tuccillo. Her one-acts THEY FLOAT UP, and A VERY VERY SHORT PLAY were produced in ’10 and ’08 at Ensemble Studio Theatre. Another one-act 2B (OR NOT 2B) was produced at The Actors Theatre of Louisville in 2009. Her full length play, A STORY ABOUT A GIRL was part of the JAW Playwrights Festival at Portland Center Stage, Oregon. Her other plays: GIRL GONE, 2B (OR NOT 2B), ACAPULCO, FOR-EVERETT, DEAR KENNETH BLAKE, DOTTIE AND RICHIE, TUNNEL OF LOVE, JILEY & LEDNERG, JOE AND STEW’S THEATRE, LOST AND FOUND, A.M.L., and FREEZE TAG have been produced or workshopped in New York at the MCC Theatre, Ensemble Studio Theatre, Naked Angels, HB Playwrights Theatre, the Drama League at HERE, All Seasons Theatre, Atlantic Theatre, and the Working Theatre; in Los Angeles; at theatres across the country; in London, Berlin, Belgrade, New Zealand, Australia, and Hong Kong.

Other television includes: NBC’s “Law & Order Criminal Intent,” “Miss Match,” MTV’s “Daria,” and the Discovery Channel’s upcoming miniseries “Gold Fever.” Her screenplay adaptation of GIRL GONE was optioned by Beech Hill Films, and an original screenplay was commissioned by Palisades Pictures and director, Eric Bross. Her one-acts: A VERY VERY SHORT PLAY, I KNOW, and DEAR KENNETH BLAKE have been recorded for radio/podcast for Playing On Air.

Her awards include a New York Foundation for the Arts (NYFA) playwriting grant, commissions from Ensemble Studio Theatre/Sloan Foundation, New Dramatists’ Joe Callaway Award and Whitfield Cook Award, the Kennedy Center’s Fund for New American Plays’ Roger Stevens Award, two Drama-Logue Awards, and the Greenwall Foundation’s Oscar Ruebhausen Commission. She has been a finalist for the Susan Smith Blackburn Prize, the Heideman Award, the Denver Center Theatre’s Francesca Primus Prize, and received an Honorable Mention for the Jane Chambers Award. She has received fellowships from the MacDowell Colony, the Hermitage Arts Foundation, the Ucross Foundation, and the Edward Albee Foundation. She is an alum of New Dramatists, and a current member of Ensemble Studio Theatre.

Synopsis: Robbie is a Hispanic kid who takes boxing lessons from John, a Black ex-con.  As their relationship develops, the streets stake their claim, and friendship blurs the line between survival and helping those you care about the most.

Thursday, May 25th
2:30PM The Monkey in the Middle by Beth Sager
8:00PM The Storytellers by Sarah Michelson

Saturday, May 27th
12:00PM The Original Drum Battle by Joseph Gallo
2:30PM Blondest of the Blondes by Nicholas Sgouros