Laurence Carr was awarded SUNY, New Paltz’s Adjunct Teacher of the Year for 2005-2006. He earned his BFA at Ohio University, 1972, and his MA at New York University 1995. He is now a full-time Instructor here where he teaches Dramatic and Creative Writing. In 1998, he created the SUNY Playwrights’ Project, which develops plays and theatre pieces created by SUNY students, alumni, faculty and community writers and are produced regionally and Off-Off Broadway in NYC.

Laurence has taught at The New School University, CUNY, and The Gotham Writers Workshop in New York City and at Empire State College. Abroad, he has been a guest faculty member at The University of Linkoping, Sweden, the University of Gdansk, Poland, and DAMU, the State Theatre School in Prague, The Czech Republic.

He is the recipient of playwriting grants from The National Endowment for the Humanities, The New York State Council on the Arts and has been awarded numerous regional commissions. He’s been a member of The Dramatists Guild since 1975. Locally, Mr. Carr is the playwright-in-residence at Mohonk Mountain Stage Company.
His Off-Broadway play, Kennedy at Colonus, was hailed by the New York Times as a ”fascinating, well-built, often witty play” while the Burns Mantle Best Plays Series cited it as a “distinctly worthy play” and a “standout in independent Off-Broadway production.”

Abroad, two of his plays have been produced by the Gregory Abels Theatre Ensemble: 36 Exposures premiered in Prague and Food for Bears premiered in Warsaw.Vaudeville, published by Rising Moon Publishing, has had numerous regionally productions across the U.S. His work has been seen in Chicago, Atlanta, Los Angeles, Seattle, and in Rochester, NY.

Laurence’s poetry and prose have been published throughout the U.S. and his book of microfiction, The Wytheport Tales, is published by Codhill Press.

JACQUELYN REINGOLD writes for theatre, television, and film. For television, she wrote for season one of NBC’s SMASH (Executive Producer, Theresa Rebeck). She worked on HBO’s Peabody Award winning IN TREATMENT season two, (Executive Producer, Warren Leight), writing the “Mia” episodes for Emmy nominated Hope Davis and Gabriel Byrne. Recent plays include: I KNOW in Ensemble Studio Theatre’s One-act Marathon and UP AND DOWN for Christine Jones’ Theatre for One. Other plays include STRING FEVER atEnsemble Studio Theatre, starring Cynthia Nixon and Evan Handler, also produced at Playhouse West in California, and in Washington DC at Theatre J. She wrote an episode of the serialized play, CEDAR CITY FALLS in 2010, created and produced by Liz Tuccillo. Her one-acts THEY FLOAT UP, and A VERY VERY SHORT PLAY were produced in ’10 and ’08 at Ensemble Studio Theatre. Another one-act 2B (OR NOT 2B) was produced at The Actors Theatre of Louisville in 2009. Her full length play, A STORY ABOUT A GIRL was part of the JAW Playwrights Festival at Portland Center Stage, Oregon. Her other plays: GIRL GONE, 2B (OR NOT 2B), ACAPULCO, FOR-EVERETT, DEAR KENNETH BLAKE, DOTTIE AND RICHIE, TUNNEL OF LOVE, JILEY & LEDNERG, JOE AND STEW’S THEATRE, LOST AND FOUND, A.M.L., and FREEZE TAG have been produced or workshopped in New York at the MCC Theatre, Ensemble Studio Theatre, Naked Angels, HB Playwrights Theatre, the Drama League at HERE, All Seasons Theatre, Atlantic Theatre, and the Working Theatre; in Los Angeles; at theatres across the country; in London, Berlin, Belgrade, New Zealand, Australia, and Hong Kong.

Other television includes: NBC’s “Law & Order Criminal Intent,” “Miss Match,” MTV’s “Daria,” and the Discovery Channel’s upcoming miniseries “Gold Fever.” Her screenplay adaptation of GIRL GONE was optioned by Beech Hill Films, and an original screenplay was commissioned by Palisades Pictures and director, Eric Bross. Her one-acts: A VERY VERY SHORT PLAY, I KNOW, and DEAR KENNETH BLAKE have been recorded for radio/podcast for Playing On Air.

Her awards include a New York Foundation for the Arts (NYFA) playwriting grant, commissions from Ensemble Studio Theatre/Sloan Foundation, New Dramatists’ Joe Callaway Award and Whitfield Cook Award, the Kennedy Center’s Fund for New American Plays’ Roger Stevens Award, two Drama-Logue Awards, and the Greenwall Foundation’s Oscar Ruebhausen Commission. She has been a finalist for the Susan Smith Blackburn Prize, the Heideman Award, the Denver Center Theatre’s Francesca Primus Prize, and received an Honorable Mention for the Jane Chambers Award. She has received fellowships from the MacDowell Colony, the Hermitage Arts Foundation, the Ucross Foundation, and the Edward Albee Foundation. She is an alum of New Dramatists, and a current member of Ensemble Studio Theatre. 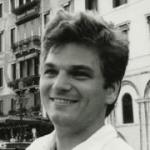 JOHN WALCH‘s plays include In The Book Of, Tea-Totaled, The Dinosaur Within, Circumference of a Squirrel, The Nature of Mutation, Jesting with Edged Tools, Craving Gravy or Love in the Time of Cannibalism, Alice Threw the Looking Glass (a parody of Strunk and White’s The Elements of Style), Iraq: A Love Story, as well as numerous one acts, collaborations, and shorts. His plays have been produced at theaters such as Center Theatre Group (Mark Taper Forum), Actors Theatre of Louisville, Alabama Shakespeare Festival, Playwrights Theatre of New Jersey, Barter Theatre, Theatre @ Boston Court, Kitchen Dog, Florida Studio Theatre, New Jersey Rep, Edinburgh Fringe Festival, and Off-Broadway at Urban Stages. His work has been developed or commissioned through The Public Theater, Manhattan Theatre Club, Bricolage Theatre, New Harmony Project, The Playwrights’ Center/PlayLabs, and the Theatre Royal Haymarket in London.

Awards: Kennedy Center Fund for New American Plays; the American Theatre Critics Association’s Osborn Award; the Frederick Loewe Award in Musical Theatre for DoubleTime, the Charlotte Woolard Award from the Kennedy Center recognizing a promising new voice in the American Theatre; the Marc Klein Playwriting Award; and three Austin Critics Table Awards. John is a two time Sloan Fellow, and was a James Michener Fellow at the Michener Center for Writers at University of Texas @ Austin, where he earned his MFA in Playwriting. John served as artistic director of Austin Script Works, and has taught playwriting at UT @ Austin, University of Iowa, and Bennington College, among others. Current projects include a musical with composer Nile Rodgers, and a new untitled play. John lives in Brooklyn, and is a resident playwright of New Dramatists.
http://newdramatists.org/john-walch

A white widow is assaulted. An angry mom is at the jail house door, screaming “Lynch him!.” The only way to untangle the truth is for the accused, Christopher C. Davis, to look into the events that have lead him to a tree stump in Athens, Ohio in the year 1881.
*Inspired by the Athens, Ohio lynching of 1881.

Danielle Fitzman believes the glass ceiling has been shattered allowing her to climb her way up the corporate ladder of the NP Power company. When an opportunity opens on the board, Danielle must battle tit for tat–leaning tit works more than tat. She finds defining the difference between sexual harrassment and harmless flirting akin to drawing a line in sand during a windstorm. A hilarious and timely look at workplace sexual politics.